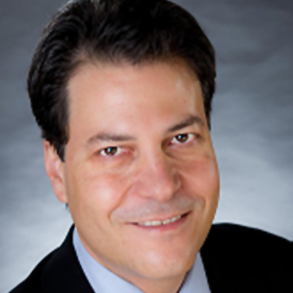 Dr. Mitchell Elkind is a Professor of Neurology at Columbia University College of Physicians and Surgeons in New York City and an Attending Neurologist on the Stroke Service at the NewYork-Presbyterian Hospital. He is also the past Director of the Neurology Residency Training Program. Dr. Elkind received his undergraduate degree from Harvard College and a master's degree in the History and Philosophy of Science from Cambridge University in England. After receiving his medical degree in 1992 from Harvard Medical School, he trained in internal medicine at Brigham and Women's Hospital in Boston, and in neurology at the Massachusetts General Hospital, where he was Chief Resident 1995-6. He completed his master's degree in epidemiology at the Columbia University School of Public Health in 1998, as well as fellowship training in cerebrovascular diseases working with Drs. Ralph Sacco and J. P. Mohr.

Dr. Elkind is a co-investigator in the Northern Manhattan Stroke Study, and is the recipient of grants from the American Heart Association (AHA), the Centers for Disease Control and Prevention (CDC), and the National Institutes of Health (NIH) to study the relationship between infection, inflammation and stroke. He has participated in several clinical trials of acute and preventive stroke therapy, and has lectured extensively on cerebrovascular disease. His clinical work is directed toward the care of patients with stroke.

He is the author of a medical student board review text on neurology. He is a member of the American Heart Association, National Stroke Association, and American Academy of Neurology.

Research focuses on different inflammatory markers and infections, such as C. pneumoniae and periodontal disease, as potential causes of atherosclerosis and ischemic stroke; se of high-resolution duplex doppler ultrasonography as a measure of stroke risk; amd clinical trials of neuroprotectants and surgical hemicraniectomy for acute stroke, and antiplatelet and of other therapies for stroke prevention.