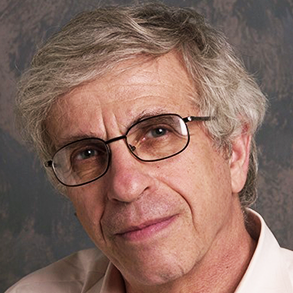 Michael E. Goldberg
David Mahoney Professor of Brain and Behavior (in Neuroscience and Neurology [in Psychiatry and Ophthalmology]), Department of Neuroscience

We study the psychophysics and physiology of cognitive processes in the monkey, using single unit recording, iontophoresis, and careful behavioral measurements.  The thrust of the lab has been understanding the physiology of visual attention - how the brain selects important objects in the visual field for further processing - and the generation of spatially accurate behavior despite a constantly moving eye.  Current projects include studying the role of somatosensory cortex in the eye-position modulation of visual responses in parietal cortex; studying a newly discovered untuned cholinergic modulatory signal in the monkey parietal cortex that predicts how well the monkey will perform on the current trial of a difficult task, correlates inversely with the monkey's recent history of success or failure, and correlates positively with the neuron's response to a visual transient; studying the involuntarily establish of spatial memory memory in the lateral intraparietal area and the parahippocampal gyrus, studying the fine structure of perisaccadic remapping of visual receptive fields, and studying the role of the cerebellum in visualmotor  associations.  Recent discoveries in the laboratory include the demonstration of a predictive relationship of parietal activity to both saccadic reaction time and visual attention; the demonstration that the lateral parietal area acts as a linear summing junction for at least three independent signals: a saccadic signal, and undifferentiated visual signal, and a cognitive signal, and the proprioceptive representation of eye position in monkey area 3a of primary somatosensory cortex, and the time course of eye-position modulation of visual responses in the parietal cortex.