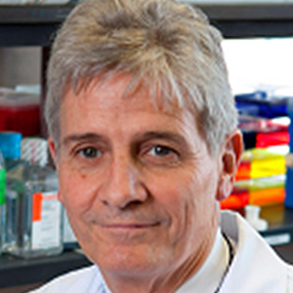 Dr. Mayeux has led a multidisciplinary, population-based investigation of Alzheimer's disease and related disorders known as the Washington Heights-Inwood Community Aging Project (WHICAP) since 1989. Utilizing this WHICAP population, he and his colleagues were among the first to integrate genetic risk factors and epidemiological principles in an attempt to identify biological markers of susceptibility to degenerative diseases of the aging nervous system.

Dr. Mayeux has led an epidemiological investigation of Alzheimer's disease and related conditions known as the Washington Heights-Inwood Community Aging Project over a period of 18 years. He studies the rates and risk factors for Alzheimer' disease among elderly of mainly African-American and Caribbean Hispanic descent. Dr. Mayeux also directs a genetic study of Alzheimer's disease in Caribbean Hispanic families. He has completed two full genome-wide scans in these families and is working to fine map regions of interest. He recently identified genetic variants in the sortilin-related receptor, SORL1, related to Alzheimer's disease.

Dr. Mayeux is the coordinating investigator for the National Institute on Aging Late Onset Alzheimer's Disease Family Study. This study began in 2002 with the goal of identifying 1,000 families multiply affected by Alzheimer's disease.

Most recently, he is the lead investigator in a collaborative study of families that display exceptional survival and longevity.