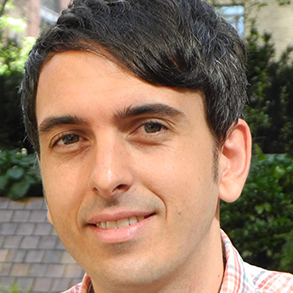 My lab mainly focuses on the neurobiological and computational mechanisms of psychotic symptoms in schizophrenia and of related cognitive functions in health, including sensory and reward-based learning and decision-making. Psychosis is characterized by the experience of abnormal percepts, such as hallucinations, and delusional beliefs. While excessive dopamine transmission in the striatum is known to play a role in these symptoms, the cognitive and computational mechanisms mediating psychotic experiences remain unclear.

To understand these neural mechanisms, our research uses behavioral paradigms and computational tools in combination with a variety of functional, structural and molecular in vivo neuroimaging techniques (mainly functional Magnetic Resonance Imaging [fMRI] and Positron Emission Tomography [PET]) in healthy humans and patients with psychotic disorders. We also use pharmacological manipulations to understand the relationships between neurotransmission and specific neural computations, and collaborate with other groups to collect invasive and non-invasive electrophysiological data relevant to our research focus.

Our prior research showed that voice-sensitive regions of the auditory cortex have increased activity while patients experience auditory hallucinations of voices (Horga et al., J Neurosci 2014; Horga et al., J Psychiatry Neurosci 2011). This hallucination-related increase in neural activity was further associated with abnormal learning signals, suggesting that a learning dysfunction could lead to faulty sensory attenuation and hallucinatory percepts (Horga et al., J Neurosci 2014). We have also discovered that abnormal functional connectivity between the striatum and associative cortical regions, including parts of the auditory cortex, relate to psychosis and dopamine receptor density (Horga et al., JAMA Psychiatry 2016). Our current projects aim at elucidating the relationships between dopamine abnormalities and downstream cortical dysfunctions associated with specific symptoms of psychosis and to formalize these mechanisms in a computational model of psychosis.